[:en]”Whether youa��re hiding from the IRS, working as a spy, or pretending youa��re a married man to please your mother, every now and again youa��ll find it necessary to create an alternate life. And while you can get alarmingly far with just a bogus social security number, a doctored passport, and a set of Groucho Marx glasses, eventually youa��ll need to produce a human being to corroborate your story. Thata��s when youa��ll need an actor. 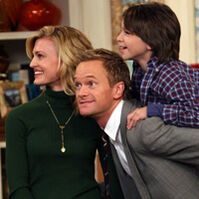 professional liars and a��- as an added bonus a��- very, very hot.

a�?How do I go about hiring these masters of deceit?a�? Youa��ll need to generate a character description and post it with a casting service or local newspaper. Before you complain about all that work, remember: Youa��ll be rewarded with hundreds of pictures of hot strangers sent right to your home…free.
Below are some notices I sent out recently when trying to cast a fake family so that my mother would love me. Enjoy!

CASTING CALL!
Role: BETTY STINSON. Fortuitous wife of Barney Stinson. Despite birthing a son has not lost her figure. In fact, might look better than she used to.
Project: a�?The Stinsons.a�? A living theater experiment in which we fool my mother into thinking I have a wife and son. Intermittent gigs over the next twenty years.
Director: Barney Stinson a�� the visionary web-cam auteur who brought you such raw classics as a�?Jessica: February 1st, 2009 -a�� Met at MacLarena��s Last Calla�? and a�?Tina: September 13, 2006 -a�� New Mail Room Girl at Work.a�?
Pay: Scale.
Seeking: Female, 18 a�� 29, energetic, extremely attractive. Like, at least a 9.
Skills:

Please send headshots, resumes, and other pictures to [email protected]
CASTING CALL!
Role: TYLER STINSON. A young boy with the greatest father ever.
Project: a�?The Stinsons.a�? A living theater experiment in which we fool my mother into thinking I have a wife and son. Intermittent gigs over the next twenty years.
Director: Barney Stinson a�� the visionary cell-phone camera auteur who brought you the cell phone video classics a�?Ted Gets Hit in the Junka�? and a�?Ted Gets Hit in the Junk 2: Revenge of the Stool.a�?
Pay: $50/day. Some meals.
Seeking: Male, can play 6 a�� 8 years old, preferably blonde and chiseled. Must have spectacular depth of facial expression, and an all around sense of awesomeness.
Skills:

http://facebook.com.br/broslifebr
Italian Leather Clad Foot In The Door
The Greatest Story Ever Told